We are the (GP2) Champions 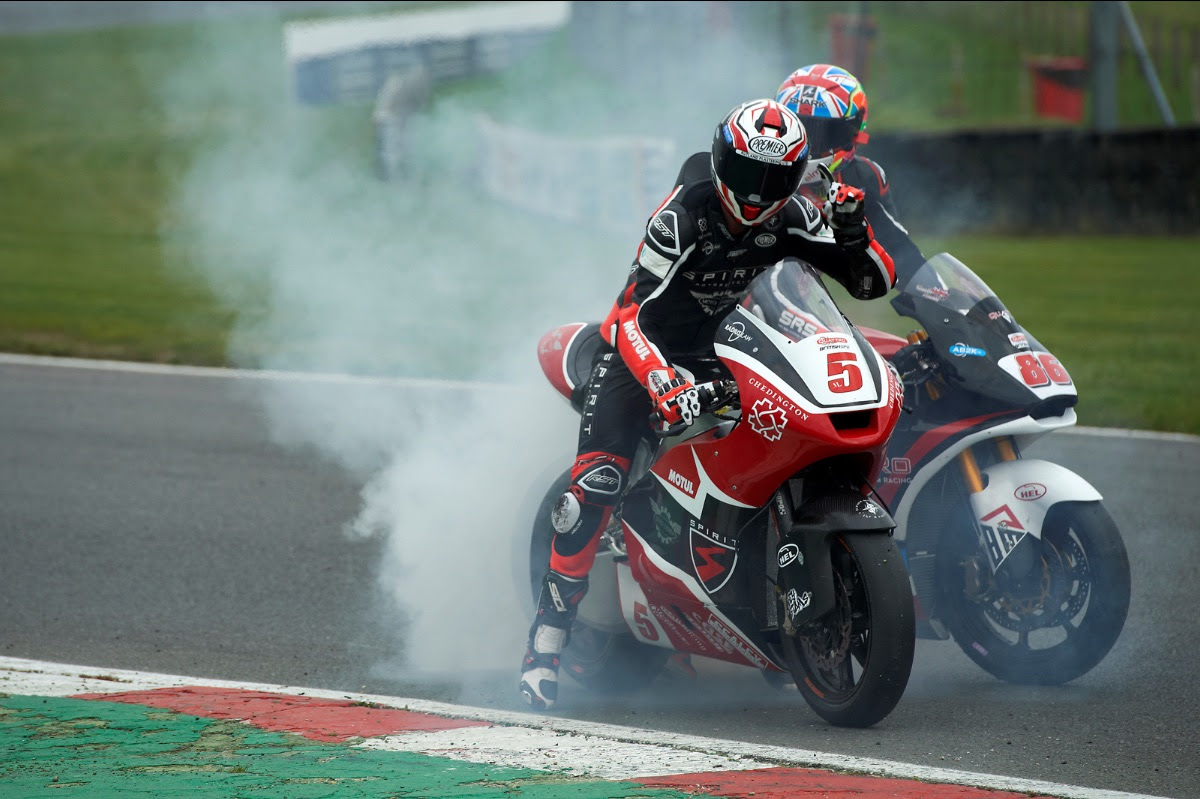 We are the (GP2) Champions

A fantastic double victory from Mason Law at Brands Hatch over the weekend secured the 2020 British GP2 Championship title for Spirit Moto Corsa. An incredible achievement for the team and their all-new Honda powered SP2 machine; not forgetting the fine efforts of their 24-year-old ‘pilot’ Law, who held his nerve with two faultless performances around the iconic 2.4-miles Kent based GP circuit – making it four wins from his seven podiums this season.

Speaking afterwards, Mason said: “That’s exactly the way I wanted to finish the season with two wins on the Spirit Moto Corsa SP2 and prove our pedigree as worthy champions. I put a lot of pressure on myself and had mental boxes that I needed to tick, something that an old friend and mentor, Andrew Pitt, always used to talk to me about. I’ve never been in that position before and been under that sort of personal pressure to perform. We basically had to win both races over the weekend, which we did."

He adds; "Sunday was ‘do-or-die’ for me and I was prepared to win or crash trying to do just that. I started two rows behind Jack in the final race of the season, which was a challenge in itself, but I picked people off and was very deliberate in my approach to that and remained focused on nothing but the class win. I kept my head high and got into the lead of the class; then once Jack crashed I nursed it home. Thanks again to the team and all my personal sponsors for making this possible. I’m going into the winter break a very happy boy."

Team Principal Rod McDonagh is equally elated: “The championship deciding final round at Brands Hatch delivered a real GP2 spectacle. An incredible weekend of racing with Mason and the whole Spirit team demonstrating the skill, professionalism and tenacity needed to win both final races in a highly competitive and charged environment. We are delighted to have secured the title for our sponsors Moto Corsa, Chedington and Superior Motorcycle Experiences who have supported the new team and bike from inception. It has been an emotional weekend."

Huge congratulations to the team from all here at Moto Corsa; we were excited to support a local team, who were experimenting with cutting-edge technology in the protype class. Lifting the championship crown is the icing on the cake. Roll on 2021.