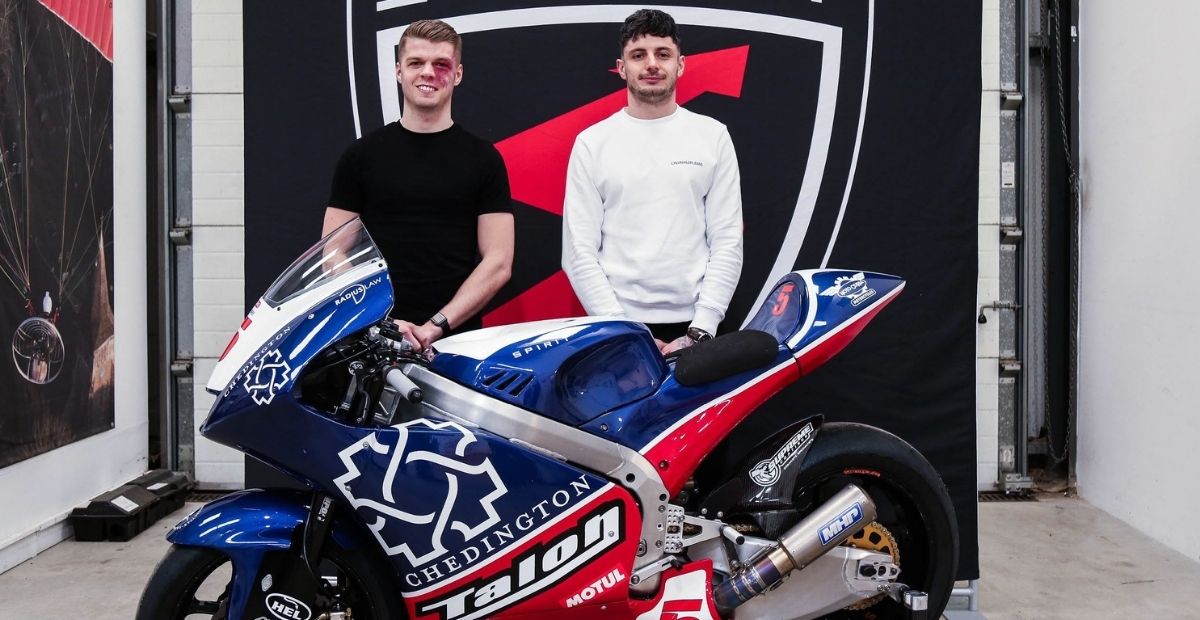 Spirit Moto Corsa’s 2021 lineup for the British GP2 Cup has been confirmed, with Jamie Perrin joining the outfit alongside reigning champion Mason Law.

Perrin has impressed in British Supersport over the last few years, challenging at the sharp end of the field, despite entering on a privately-run bike. The 27-year-old also has previous form in the GP2 class, picking up nine podiums across the first six events of the 2019 season.

Law continues with the team for a second season, having picked up the 2020 title in fine fashion with a double-victory at the Brands Hatch season finale.

The 25-year-old scored four wins and seven podiums in a hotly-contested campaign, eventually winning the championship by 22 points.

Following on from last year’s success, the team’s target is for both riders to compete for the GP2 title, as well as fighting at the top of the overall classification with British Supersport.

The team is bolstered by a continued title sponsorship deal with the Gillingham-based motorcycle dealership Moto Corsa. There is also increased backing from Chedington Estate, whose branding features heavily on the team’s striking new-look livery.