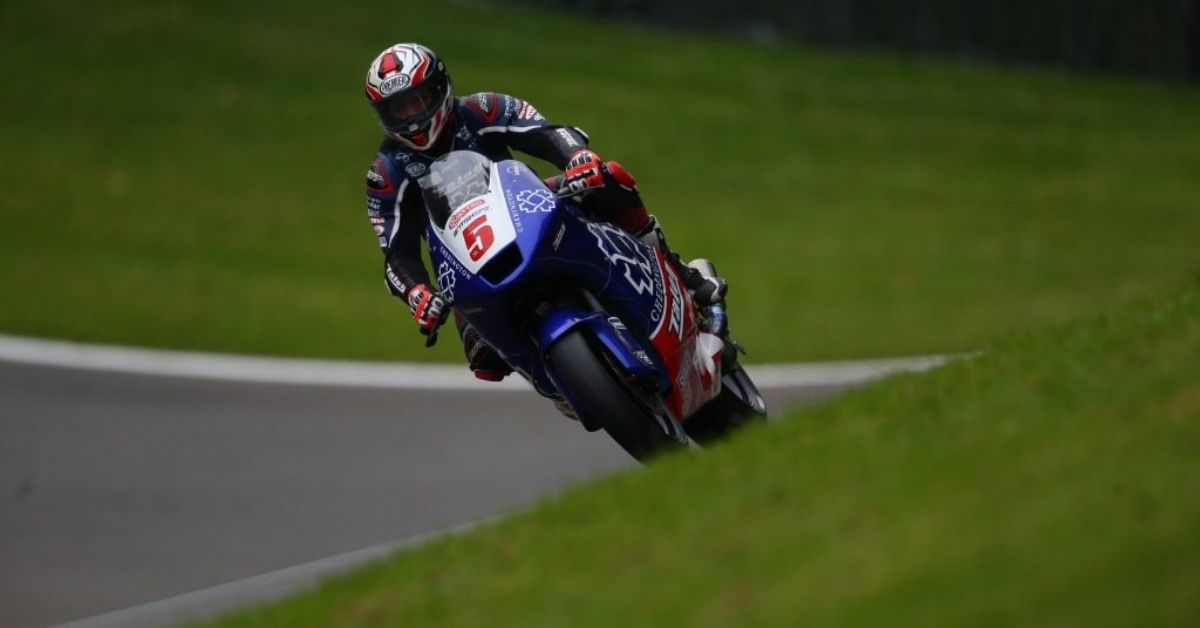 Spirit Moto Corsa finished their second season in British GP2 in style, with Mason Law taking top spot on the podium at Brands Hatch - his fourth race win in a row.

Unfortunately Mason's recent form wasn't enough to secure the title and he had to settle for the runner-up spot behind Charlie Nesbitt on the RS Racing/Kovara Projects bike, who he'd been dicing with all season long.

This was an impressive result for the Dorset-based team, who won the championship in 2020 - their rookie season - and came tantalising close this year. Mason had a lead of more than 100 points over the third-placed rider, so it was only ever a two-horse race for the crown.

Introduced in 2018 to help secure the future of the middleweight class, the British GP2 category has provided some of the closest and most exciting racing in the BSB calendar.

This year also saw the introduction of a Triumph 765 three cylinder machine - and later in the season a Ducati 955 twin - providing even more thrills and spills for the fans, and options for team entry.

Why did Moto Corsa go racing?

At Moto Corsa has specialised in high performance European motorcycles for many years - we stock the biggest selection of MV Agustas in the UK, plus KTM and Aprilia - so it seemed appropriate to get behind a local race team building their own machines using the latest technology. The fact that they're also based in Dorset was the icing on the cake.

We were also able to help out with development - Spirit visited our Ashmore Service Centre to use our dyno facility on occasion, which was a real treat for our technicians.

By supporting Spirit Racing we've not only got to enjoy two seasons of fast-paced and close-fought motorcycle racing, but we've also helped a dynamic local engineering company to move frame and suspension technology forward.