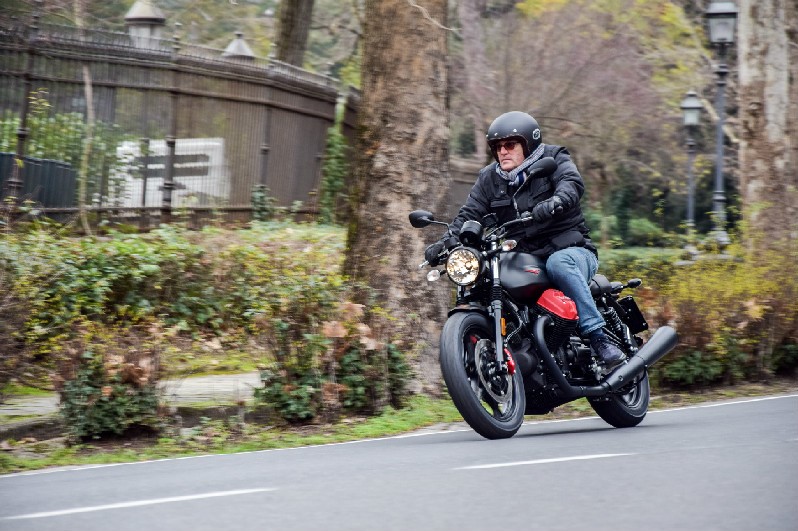 The elegant weave of the carbon fibre, those unmistakeable red cylinder head covers, that roar as it fires up, those first few metres up the dealership’s exit ramp and that broad irrepressible grin under the helmet. Then the unmistakeable outline of the bike and its rider heading off purposely towards new roads and sensations just begging to be discovered.

Being right there when a gleaming brand new bike is handed over to its new owner is always an exciting event, as us guys of The Clan know only too well. When that two-wheeler has an “Eagle” emblem on the tank, an unprecedented character and also happens to be the first of its “kind” ever to be sold anywhere in the world, then we’re talking about a truly magic event, an event that we absolutely could not afford to miss.

That’s why we headed off to the magnificent town of Florence, to the Fani Motors dealership to be precise, on a mid-February Friday to witness the delivery of the very first V7 III Carbon into the impatient hands of its new owner Alessandro, a member of The Clan just like us, who couldn’t wait to share his excitement with all you other 20,000 registered members of the community!

Obviously it would have been a bit difficult for all of us to be there (and then, as you know, he would have had to buy a round of drinks for everyone that evening, a tradition whenever anyone gets a new bike), so we decided rather to simply tell you the story. The major stars of this story are a very excited Alessandro and his two-wheeled dream come true: his brand new Moto Guzzi V7 III Carbon. His bike is number 178 of a limited series of only 1921 examples now available from the dealers. The total number of examples produced is not purely coincidental but obviously refers to the year in which Moto Guzzi was established.